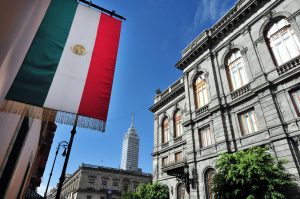 Bitcoin.com reported on Mexico’s fintech initiative last month, which includes Bitcoin regulations. Two government officials have recently revealed some details of how the digital currency will be regulated, according to local publications.

Also read: Mexico’s New Bill Could Be a Game Changer for Bitcoin

Jose Bernardo Gonzalez, Head of the Mexican Finance Ministry’s Banking, Securities and Savings Unit, said that Bitcoin exists in a free market and cannot be controlled, El Universal reports. In statements made to the publication, he explained how the laws would allow the central bank to regulate bitcoin buyers and sellers, stating that (loosely translated):

What we are trying to regulate are the sellers and buyers of this type of assets [bitcoin] to third parties, but not the virtual asset itself.

He further clarified that the regulators would ensure there are “certain rules to prevent money laundering, user protection and so on.” Specifically, they “would check that these assets are sufficiently liquid and would define the operating characteristics with which financial intermediaries or fintech companies can offer these assets to the public,” he described.

Feedback from the Finance Community

The initiative proposed by the government to modernize Mexico’s fintech sector includes a section about Bitcoin. It was recently presented to the financial sector and was well received, according to Gonzalez. Traditional banks and brokerage firms in Mexico provided feedback and suggestions. Many are positive and look forward to Bitcoin being regulated, he told El Universal.

“They are seeing that there is complementarity between traditional institutions and the fintech sector,” he recalled.

In a recent Senate appearance, the Governor of the Bank of Mexico, Agustin Carstens, talked about this fintech initiative as well. “The goal is how to take advantage of technological innovation that can reduce costs and increase the reach of the financial system, but everything must be in an environment of prudence and security towards users,” he said. The governor also disclosed that he is confident the initiative will be approved this year.

Carstens also recently revealed that the central bank has been running “very low scale” tests with Bitcoin to learn how it works, Forbes reports. He explained that prior to regulating Bitcoin, the bank needs to familiarize itself with the digital currency and its technology. In addition, the publication wrote:

The objective of the operations is also to outline an eventual regulation of virtual currencies, for which Banxico will take its time and find the best international practices.

The governor has some concerns, however. “The worrying thing is that periodically there are technological, hacking and theft problems, and that makes us very nervous. Yes, we have to be fully assured of technological integrity, well armored, and not expose the public,” he conveyed.

Moreover, he detailed how the central bank will make sure that financial authorities are properly set up to observe and ensure that “the technological support is solid and robust, in order to avoid risks for users.” Nonetheless, more testing is needed first, he told Forbes.

What do you think of Mexico’s plans to regulate Bitcoin? Let us know in the comments section below.

Images courtesy of Shutterstock, Wikipedia, and the Central Bank of Mexico