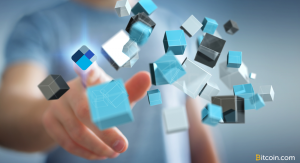 The popular online bitcoin wallet, Blockchain.info, has announced the completion of a successful series B funding round by raising $40 million. The company started its services back in 2011 and aims to continue making digital currencies easier to use for everyday people.

The online wallet Blockchain.info is one of the oldest bitcoin-based businesses within the industry. The company’s blockchain explorer and data analytics gets millions of visitors, and the platform has issued close to 15 million wallets. Now Blockchain has announced it has raised $40 million in funding from firms such as Lakestar with participation from GV (formerly Google Ventures), Nokota Management, Digital Currency Group, Lightspeed Venture Partners, Mosaic Ventures, Prudence Holdings, Virgin, and Sir Richard Branson.

“Blockchain was one of the first digital currency wallets, quickly grew to market leadership, and has only extended its lead since then,” said investor and current board member, Jeremy Liew from Lightspeed Venture Partners. “Now that bitcoin and Blockchain have started to get broader traction, they are the best positioned to become the mainstream leaders.”

‘A Financial System That is Faster, More Inclusive, and Radically Different’

This week Bitcoin.com chatted with Blockchain’s CEO and Co-Founder, Peter Smith who told us the new capital will be used for global expansion and improving localization efforts, as well as research and development of emerging digital assets. Furthermore, Smith gives our readers some insight into how his company initially started, its primary focus, and how the co-founder sees the cryptocurrency ecosystem today.

The 14 trillion dollar financial services industry hasn’t meaningfully changed in over a century. Blockchain is on a mission to create a financial system that is faster, more inclusive, and radically different than the status quo.

Bitcoin.com (BC): Can you give our readers a summary of how the Blockchain company was conceived?

Peter Smith (PS): So Blockchain was originally a pretty simple idea. It was just the idea that you could make bitcoin easier to use for everyday people. From the very beginning, bitcoin was hard to use even if you were a developer. Controls were really bad, and the wallet software was hard to use, and we got a start on building software that made bitcoin easier and more approachable.

That’s more or less what we’ve been doing for the entire company history now — Every year and every month making digital currencies easier to use for everyday people.

BC: How would you compare the early days of your company compared to now with Bitcoin interest and price at all time highs?

PS: I think the big difference is in the early days there weren’t that many users, and now there are millions of users. In the beginning, there were only a few of us working at Blockchain, and now there are about 50 people that work for the company. So there’s a lot more users and a lot more people working for the company, and that’s probably the biggest difference. What we come in and do every day is still basically the same.

The last few weeks have been particularly busy because traffic is quite high across the whole ecosystem. But I think everybody in the digital currency space has been quite busy.

BC: A lot of people use the blockchain explorer and comprehensive data your company provides. How popular are those feature services?

PS: The blockchain explorer and charts and data from our site sees a couple of million unique active users regularly.

BC: Since the beginning of January have you guys seen a significant increase in wallet users?

PS: I think the growth over the last six months has been particularly strong. Not just seeing this with people using our feature services but we’ve also seen a lot of market share appreciation which is great to see. I think the price is always exciting, but for us, we define how well we’re doing by how well we do through the normal periods rather than just the big run ups. Anyone can run a successful ski resort when it’s snowing during the year, but the better question is how do you run a successful ski resort when it snows very little. So for us what we focus on is seeking out very consistent growth.

I think the most special thing about our company is we’ve been able to grow and expand even when the overall market is lagging. That’s what we are trying to track very closely.

BC: From your perspective at Blockchain do you see Bitcoin demand slowing down anytime soon?

BC: What’s your overall opinion of the state of the network right now?

What do you think about the software platform Blockchain raising $40 million? Do you use the company’s feature services? Let us know what you think in the comments below.