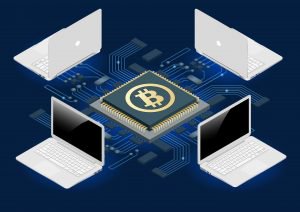 European consumers in general and especially russian consumers have faced massive graphics card shortages following a dramatic increase in demand for cryptocurrency mining hardware. With some miners claiming that they can make up to $1600 USD a month and the average Russian wage sitting at less than $700 USD monthly it is unlikely that demand will subside soon.

Local Russian media outlets are reporting a dramatic shortage of graphic cards. The shortage has been attributed to an increase in demand for cryptocurrency mining hardware, following extensive media coverage documenting the meteoric rise of many cryptocurrencies this year. Reports have suggested that individuals are purchasing up to 600 graphics cards at once, driving prices to surge by approximately 80 percent. Russian IT hardware distributor Treolan has told journalists that graphics cards shipments have tripled over the past two months.

The ease with which anybody with a desktop computer can begin mining cryptocurrency is attracting the interest of many Russians. With the average monthly wage sitting at approximately $680 USD during April 2017 (a 10% increase since January), many Russians can exceed the wages offered them in the labor market simply by hoarding and running graphics cards mining altcoins.

With bitcoin mining being conducted on an industrial scale using Application Specific Integrated Chips (ASICs) many miners from lower income nations are choosing to mine alternative cryptocurrencies. ASICs are not available for many altcoins still, meaning that GPU-based mining rigs can still be used profitably to mine said altcoins. The augmented demand for mining hardware has not been confined to Russia, with recent reports of graphics card shortages originating from across the globe. South Africa has reported similar shortages amongst commercial retailers, whilst proliferating stories of online computing hardware stores being sold out of graphics cards led to PC Gamer to report on a global shortage of GPUs.

With cryptocurrency mining offering profits that are potentially higher than those offered by the labor markets of many developing nations, it is unlikely that the demand for GPUs in low-wage nations like will Russia cease anytime soon.

What cryptocurrencies do you mine? Tell us in the comments section below!