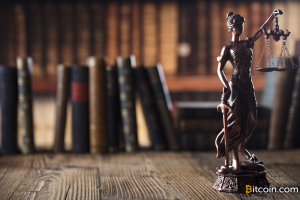 Just recently Bitcoin.com reported on the two-year anniversary of Ross Ulbricht’s double life sentence for his involvement with the Silk Road marketplace. On May 31 a three-judge appellate panel denied Ulbricht’s sentence appeal while at the same time criticizing U.S. drug policies.

Officials May Someday Regard Drug Policies as ‘Tragic Mistakes’

Wednesday, May 31st was another challenging day for the Ulbricht family as a U.S. federal appeals panel decided to keep Ross Ulbricht’s double life term sentence in place. Ulbricht was convicted on May 29, 2015, for his role in the Silk Road marketplace which hosted illicit narcotic sales. Since then Ulbricht and his family members have been fighting the ruling in handed down by U.S. District Judge Katherine B. Forrest for months on end in the federal appeals court system.

Three judges from the US Court of Appeals Second Circuit revealed their decision in a 130-page document released to the public. Although the court denied the appeal, the judges did criticize the harsh punishments U.S. laws inflict on citizens for drug prosecutions.

“Reasonable people may and do disagree about the social utility of harsh sentences for the distribution of controlled substances, or even of criminal prohibition of their sale and use at all,” explains the three judge’s position.

It is very possible that, at some future point, we will come to regard these policies as tragic mistakes and adopt less punitive and more effective methods of reducing the incidence and costs of drug use.

Ulbricht Family Will Not Stop Fighting

Ross’s mother Lyn Ulbricht and his family have stated they are shocked by the decision but will “not stop fighting.”

“I’m in shock,” explains Ulbricht’s mother. “I feel like I’m reliving the day Ross was sentenced and now must tell Ross that the Second Circuit has upheld his convictions and double life sentence — I can’t fathom how the court can believe that keeping Ross locked up for the rest of his life accomplishes anything but wasting a life and lots of money. Do they really think that if Ross emerges in twenty years, after not having been on the internet all that time, he would be a threat to society in any way?”

The Sentencing Reform Act of 1984 says a ‘judge should impose a sentence that is“sufficient, but not greater than necessary.’ How is a double life sentence plus 40 years by any stretch necessary? Even if everything Ross has been accused of is true, which we steadfastly do not believe, a life sentence is draconian and unnecessary — We will not stop fighting.

For now, Ulbricht’s sentence will continue, and there has been no announcement from defense attorneys yet on how they will continue the legal fight. It’s interesting that throughout the large court document the three-judge panel showed contention with the punitive measures set forth by U.S. legislators, but failed to challenge the laws in this particular case.

What do you think about the judge’s decision to keep Ulbricht in jail but criticized drug laws at the same time? Let us know what you think in the comments below.

Images via Shutterstock, and FreeRoss.org.