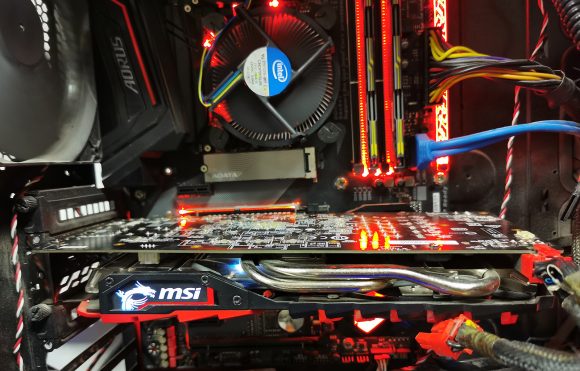 The “Zombie Mode” for mining Ethereum on 4GB AMD Radeon RX 470/480 and RX 570/580 GPUs had them brought back from the dead (hence the name) after the DAG size has reached the capacity of their video memory. Using it you can still not only mine ETH, but still make a nice profit doing so, even with the reduced hashrate you are getting. Even though the 4GB cards can still work their hashrate and profitability will continue to drop down with each new DAG epoch (current DAG is 393), the development of mining software and more specifically the “Zombie Mode” continues. Here comes the latest lolMiner 1.21 for Windows and especially LolMiner 1.22 for Linux that brings significant performance improvements for the “Zombie Mode” for mining Ethereum (ETH), currently doubling the hashrate and extending the mining life of 4GB Radeons for a couple more DAG epochs with higher hashrate. And if this all seems too good to be true, well, it kind of is as there is a catch… 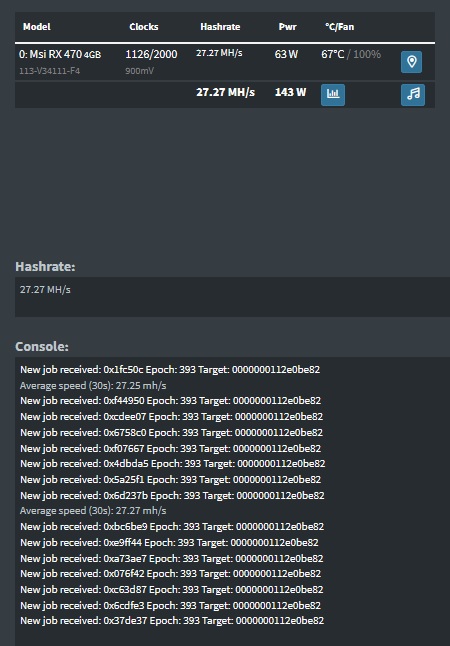 Currently mining ETH with AMD Radeon RX 470/480 or RX 570/580 GPUs with 4GB VRAM should be giving you a hashrate of about 13-14 MHS for Ethash per GPU connected via a x1 PCI-E riser and using a mining software that supports “Zombie Mode” mining. Using the latest LolMiner 1.22 under a Linux especially you can get a significantly improved performance using the “Zombie Mode” on RX 400/500 GPUs for mining ETH… up to double what you are normally getting. It is even easier to try it with the help of Linux-based OSes such as HiveOS and SMOS that have already updated with support for the latest LolMiner. If you are trying HiveOS for a first time you can use the promo code CMB10USDPROMO to register that will give you $10 USD in your account balance.

We already mentioned that there is a catch. In order to get the extra performance gain you must use a high interconnect bandwidth to connect the VGA to the motherboard, so something like at least 4x, x8 or x16 PCI-E extender or the GPU connected directly to the motherboard. The extra performance gain will NOT WORK for video cards that are connected through low-bandwidth x1 PCI-E extenders as is the case in 99% of mining rigs unfortunately, so these will remain running with the same mining performance as with earlier versions of LolMiner using the “Zombie Mode”.

Trying the new LolMiner with MSI Radeon RX 470 VGA with 4GB video memory that is directly connected to the motherboard on a x16 PCI-E slot we got 27.27 MH/s hashrate. The same video card connected with x1 PCI-E riser does just 13.xx MHS, we get about than double the current hashrate and very close to what these 4GB GPUs were capable of delivering before the DAG size moved past 4GB. Do note however that this new performance boost will not continue forever, in fact it is going to be available just a few more DAG epochs and upgrading existing mining rigs with the GPUs connected to high bandwidth slots is another issue just making things much harder. And the extra performance boost will be available for just about a month and a half before you get back to the same level of performance you are currently getting with “Zombie Mode” on x1 PCI-E extenders.

– To Download the latest lolMiner 1.21/1.22 for Windows/Linux with Updated “Zombie Mode”…