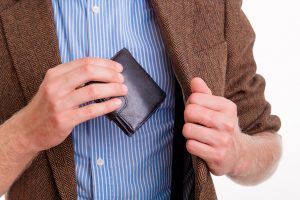 The first release of Hiddenwallet was announced on Sunday. Its Gibhub page describes the wallet as a “privacy focused, full block downloading SPV Bitcoin wallet with Tumblebit support.”

The release was announced on Sunday by Tumblebit developer Adam Ficsor. He said:

I am announcing the first release of Hiddenwallet, which I believe is a major step down the road of making Bitcoin anonymous again.

He claims that “this is the type of SPV wallet that Satoshi described in his whitepaper, but none of today’s SPV wallets implemented.” SPV or Simple Payment Verification is the most common type of Bitcoin wallet in use today. They do not need users to download the whole blockchain, which is currently 115 gigabytes of data. Instead, they retrieve information from other nodes on the network in order to verify wallet balances and avoid double spending. Until now, a drawback to SPV wallets has been the lack of privacy. “Blockchain surveillance companies or various third parties can re-establish the links between your [SPV] wallet addresses by combining blockchain and network analysis techniques,” Ficsor explained.

The alternative is to run a full node that downloads the entire blockchain. This method is more private, he noted, citing using a full node defeats the possibility of network analysis. “However running a Bitcoin full node is cumbersome and it is expected to get much worse over time as Bitcoin is pressured to scale,” he detailed, adding “that’s where Hiddenwallet and full block downloading SVP wallets come in.”

Instead of storing the blockchain and validating the blocks, Hiddenwallets use “merkle proofs, like other SPV wallets to make sure a transaction is valid,” Ficsor described:

Unlike other SPV wallets and like full nodes, it downloads full blocks, so a curious listener has no idea what information we are interested in, therefore it cannot re-establish the link between our wallet addresses. This is the kind of privacy that is needed for the ideal working of Tumblebit.

While there are other great wallets that can integrate with Tumblebit such as Electrum or Blockchain.info, Ficsor said there is a need for a dedicated wallet for Tumblebit. Without it, your anonymity set could be compromised if “what your peers are using in the mix is screwed up from a privacy point of view, even if you are using Tumblebit in the correct way with a full node,” he conveyed.

How the Project Began & Connection to Breeze Wallet

Ficsor has been working on Hiddenwallet as a pet project for several years while also working on Tumblebit. He describes Tumblebit as “a trustless Bitcoin mixer, where the tumbler cannot steal your coins, nor can it deanonymize you.”

In February, he asked the Stratis team to help build a dedicated Tumblebit wallet called the Breeze wallet. “They would handle the marketing and the user interface, while I would work on the backend, in exchange their own cryptocurrency: Stratis would be integrated,” he detailed.

However, unbeknownst to him, Stratis announced that this wallet will use master nodes. Ficsor believes “decentralizing the tumblers is an anonymity set nightmare” and thought that some of the promises Stratis made about the Breeze wallet were impossible. That was when they parted ways. Now, while Stratis continues to work on the Breeze wallet, he is working on the Hiddenwallet. He said:

I’m sure either one of us or both of us will bring Tumblebit to the masses.[…] The competition is on!

Currently, Tumblebit is not integrated into Hiddenwallet yet, but Ficsor said that it is the next step on the roadmap. Then he will add “Transaction Filtered Block Downloading,” a way to retain the privacy aspects of Hiddenwallet while increasing performance 10–100 percent, the developer claims. After that, he plans to finally release a stable version. Until then, everyone is welcome to download and test his current work on Github.

Do you think Hiddenwallet will make a big difference for Bitcoin privacy? Let us know in the comments section below.

Images courtesy of Shutterstock and Stratis