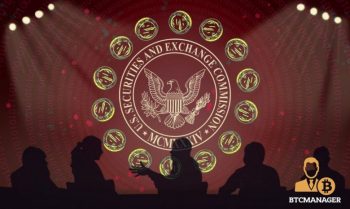 This week Bitcoin.com spoke with Breadwallet founder and lead developer Aaron Voisine. Breadwallet is a popular wallet application created in 2013 by Voisine and Adam Traidman. Just recently the application became available for Android users, and the startup is currently building a bitcoin exchange feature within the app’s interface.

Voisine gives our readers an in-depth look at how Breadwallet users can verify their app and firmware is legitimate, how restoration of private keys works, and more info on the company’s latest developments. The Breadwallet developer says the team aims to continuously add new interface improvements as well as adding financial services to the Breadwallet app in the near future.

Also Read: One Bitcoin Worth More Than One Ounce of Gold for First Time Bitcoin.com (BC): How is it going with the Breadwallet platform and development?

Aaron Voisine (AV): Things are going well. We have a small talented and passionate development team. In the last year, we’ve released an Android version of the app, which was a ground-up re-write, and developed a new financial services platform that we’re now using for the ability to purchase bitcoin in the app in beta testing.

BC: You guys recently added the Breadwallet platform to Android. Why did it take so long?

AV: We did a blog post about this which you can find on the website. We are fanatical about security, and we didn’t feel Android versions before 6.0 had the necessary security safeguards in place to safely store and use bitcoin for the typical user.

BC: Recently the Breadwallet team was looking for testers to purchase Bitcoin via ACH transfer within the mobile wallet interface. Can you tell our readers about this?

AV: We’ve developed a financial services platform, which runs in a sandboxed web view in the app. This will allow us to securely provide additional bitcoin services in the wallet, and the first we have planned is a new bitcoin exchange.

BC: There’s been a lot of malicious spoof wallets on the App Store lately. How can a user know they are getting the correct Breadwallet app?

AV: The simplest way is to follow the app link from breadwallet.com. If you start from within the App Store, check the name of the app publisher and make sure it’s Breadwallet LLC.

BC: After installation of the Breadwallet app how can mobile phone owners rest assure that the latest firmware update of the app wasn’t compromised?

AV: All App Store apps use code signatures to digitally verify that any updates are from the same publisher that created the app. The OS on your phone verifies this code signature for you.

BC: Breadwallet uses a seed phrase to restore private keys. If your company was to go out of business how can users restore their wallet holdings?

AV: Private keys are derived directly from the seed phrase, so it doesn’t rely on any services we provide. You can even install the app from a copy in your iTunes library should the app disappear from the App Store, and the source code is also freely available on GitHub, so anyone can build and install it themselves if they wish.

BC: How is Breadwallet dealing with the recent rise in miner fees? Has this been an issue for the platform?

AV: We’ve had to raise fees in the app several times, and will continue to do so as needed.

BC: What’s your opinion of the Bitcoin network in its eighth year?

BC: What can Breadwallet users expect from the platform in the near future?

AV: We’re working on a lot of usability improvements, with things like BIP75 to allow users to send and receive funds to SMS numbers, email addresses, or social media identities in a secure, private and decentralized way. Also, we will be adding more financial services to the platform as they become available, like bill pay and direct payroll deposit, as well as a bitcoin exchange in different markets around the world.

What do you think about the Breadwallet app? Let us know in the comments below.

Have you seen our new widget service? It allows anyone to embed informative Bitcoin.com widgets on their website. They’re pretty cool and you can customize by size and color. The widgets include price-only, price and graph, price and news, forum threads. There’s also a widget dedicated to our mining pool, displaying our hash power.